1) Savage cannibalistic mutants are involved in a complicated power struggle for ruler of the group. Many false accusations are hurled back and forth. Lawsuits follow.

2) On a journey of self discovery a student has an affair with a college professor. She turns out to be an energy vampire, but she has tenure. He stays, feeling drained and confused.

3) A princess escapes from a decaying mansion owned by a decadent glam rock band. After two failed relationships she has a rewarding marriage with the manager of a bird sanctuary.

4) Two sisters end up living together after they are widowed. One has extensive plastic surgery and dates men who disappoint her.  The other has a religious awakening in an oddball church and marries a good humored clergyman.

6) Culturally rigid aliens indulge their children's every whim when they mistakenly think their planet is about to be destroyed. The children grow up to be independent thinkers.

7) A prison psychiatrist is convinced he brings bad luck to everyone he tries to help. An inmate proves him wrong when he is rehabilitated and invents a life saving medical device.

8) A flaky waitress on a resort island is surreptitiously studied by the same anthropologist who studied her mother. Many similarities are noted.

9) An Aztec deity falls into a New York City pothole. In a fit of rage he starts a cholera epidemic. This strains his relationship with his parents who are trying to sell their brownstone.

10) The lead singer of a failed punk band joins a commune of musical misfits in a moment of despair. They make an awesome Death Metal album. 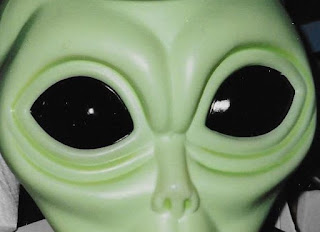