Help for the help 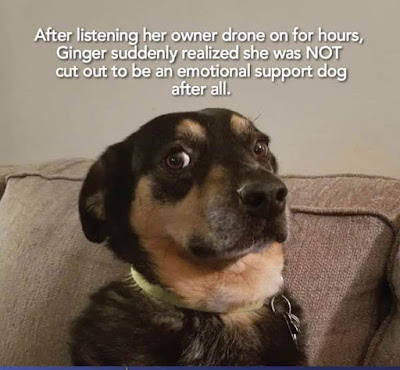 Why did the chicken cross the play ground?

To get to the other slide.

Teacher: “Brodie, can you tell me one flying mammal?”

A man goes to the barber shop. He says, “Okay, I want you to cut it all at the top, but leave it uneven on the sides. Also make one sideburn longer than the other. Also make small holes on the back of my head.”

Barber: “I’m not sure if I’ll know to do a haircut like that.”

Customer: “Well, you knew how to do it the last time.”

How do you recognize a poisonous mushroom?

By stomach cramps and possibly death.

An abacus is man’s best friend — you can always count on it.

If a building has five stories, and each story has 20 steps, how many steps do you need to climb to get to the top floor?”

"Am I not destroying my enemies when I make friends of them?"

Posted by Eros Ashima at 4:15 AM No comments:

A group of test subjects were divided into two groups. They were given a list of words and told to include them in sentences.
One group got neutral words like "drive, car, road, store". The other group got words like " wrinkles, nursing home, cane, medicine".

After the test the participants were told that the closer elevator was broken, they needed to use the elevator at the far end of the hall. The group that got the age related words took longer to walk down the hall to the elevator.

.
.
.
The Most Glittery Crime of the Year: The Jewel Heist: A Massanutten Tale (Artzy Chicks Mysteries Book 3)

A Scatter of Stardust

Self Hypnosis for Positive Change

Born Under The Gaslight: A Memoir

The Adventures of Big-Foot Wallace

Backroads of Paradise: A Journey

The Hollow Bone of Healing: Miracles and Messages from the Quantum Field of Source Energy

Posted by Eros Ashima at 4:08 AM No comments:

Posted by Eros Ashima at 3:53 AM No comments:

.
.
.
The Varieties of Religious Experience

Posted by Eros Ashima at 2:15 PM No comments:

A man was telling his neighbor, "I just bought a new hearing aid. It cost me four thousand dollars, but it's state of the art. It's perfect."

"Really," answered the neighbor . "What kind is it?"

Knock, knock.
Who's there?
Hatch.
Hatch who?
Bless you.

What did the fish say when he ran into a concrete wall?

Laughter is wine for the soul - laughter soft, or loud and deep, tinged through with seriousness - the hilarious declaration made by man that life is worth living.

Posted by Eros Ashima at 4:33 AM No comments: 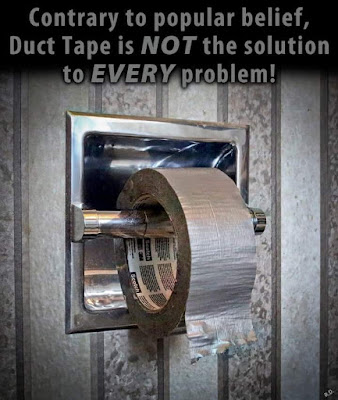 Story of the day

A psychologist walked around a room while teaching stress management to an audience. As she raised a glass of water, everyone expected they'd be asked the "half empty or half full" question.

Instead, with a smile on her face, she inquired: "How heavy is this glass of water?"

It's important to remember to let go of your stresses. As early in the evening as you can, put all your burdens down. Don't carry them through the evening and into the night. Remember to put the glass down!
.
.
.


Series is rated a strong PG-13 for sarcasm and mild language. No graphic gore or sex.

The Things you find in Rockpools: A psychological thriller that takes your breath away

Beyond the Green Line: A British volunteer in the IDF during the al Aqsa Intifada

Posted by Eros Ashima at 4:24 AM No comments:

Posted by Eros Ashima at 4:16 AM No comments:

Crimean War: A History from Beginning to End

The Life of Charlemagne (Illustrated)

Posted by Eros Ashima at 2:41 PM No comments:

The cow that jumped over the moon!

Why do cows wear bells?

Because their horns don’t work.

What did one cow say to the other?

Why did the cop give a sheep a ticket?

She made an illegal ewe turn.

Why did the boy take his bat to school?

His mom told him he'd better hit the books.

Why was the lunch-room clock always behind?

Because it went back four seconds.


"A library in the middle of a community is a cross between an emergency exit, a life-raft and a festival. They are cathedrals of the mind; hospitals of the soul; theme parks of the imagination. On a cold rainy island, they are the only sheltered public spaces where you are not a consumer, but a citizen instead"

Murder in the Mountains

Murder in the Air: A Daisy McFarland Cozy Mystery

Drunk on a Plane: The Misadventures of a Drunk in Paradise: Book 1 (NOT a cozy)

Twelve Years a Slave: Plus Five

Frugal Eating in the New Depression

Posted by Eros Ashima at 4:03 AM No comments:

.
.
.
Historic German and Austrian Beers for the Home Brewer

Visions and Beliefs in the West of Ireland

The Fall of the Dynasties

Posted by Eros Ashima at 2:38 PM No comments:

.
.
.
When the teacher asked the class to write the longest sentence they could think of, one bright student wrote, “Life in Prison.”

What school supply is the king of the classroom?

Ad of the times - Single man with Lysol and Purell seeking single woman with toilet paper for good clean fun.

Posted by Eros Ashima at 4:16 AM No comments: 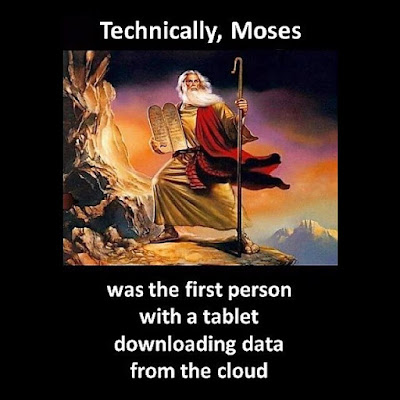 .
.
.
The Furthest Points: Motorcycle Travels Through Spain and Portugal

The Curse of the Golden Touch: A Greystone Manor Mystery

The Allure of Immortality: An American Cult, a Florida Swamp, and a Renegade Prophet

The Eight of Cups

Who Rides With Vengeance

Posted by Eros Ashima at 3:54 AM No comments:

More jokes because we need 'em!

A woman brought a very limp duck into a veterinary surgeon. As she laid her pet on the table, the vet pulled out his stethoscope and listened to the bird's chest.

After a moment or two, the vet shook his head and sadly said, "I'm sorry, your duck, Cuddles, has passed away."

The distressed woman wailed, "Are you sure?"

"How can you be so sure?" she protested.. "I mean you haven't done any testing on him or anything. He might just be in a coma or something."

The vet rolled his eyes, turned around and left the room. He returned a few minutes later with a black Labrador Retriever. As the duck's owner looked on in amazement, the dog stood on his hind legs, put his front paws on the examination table and sniffed the duck from top to bottom. He then looked up at the vet with sad eyes and shook his head.

The vet patted the dog on the head and took it out of the room. A few minutes later he returned with a cat. The cat jumped on the table and also delicately sniffed the bird from head to foot. The cat sat back on its haunches, shook its head, meowed softly and strolled out of the room.

The vet looked at the woman and said, "I'm sorry, but as I said, this is most definitely, 100% certifiably, a dead duck."

The vet turned to his computer terminal, hit a few keys and produced a bill, which he handed to the woman..

You know the drill .....if you're smiling, you must pass it on, give someone else a smile too! Share the laughter.

Posted by Eros Ashima at 7:05 AM No comments:

This is a constantly updating list of free Nook Books. The categories are on the left side of the page.

.
.
.
A truly wise person uses few words; a person with understanding is even-tempered.


Look at the word blame. It's just a coincidence that the last two words spell the word me. But that coincidence is worth thinking about.


I will be free, even to the uttermost, as I please, in words.

--William Shakespeare The Taming of the Shrew.


Kind words can be short and easy to speak, but their echoes are truly endless.


Kind words do not cost much. They never blister the tongue or lips. They make other people good-natured. They also produce their own image on men's souls, and a beautiful image it is.


The Gettysburg Address has 272 words. A bag of Lay's potato chips has 401 words.


Many wise words are spoken in jest, but they don't compare with the number of stupid words spoken in earnest.

Posted by Eros Ashima at 4:10 AM No comments: 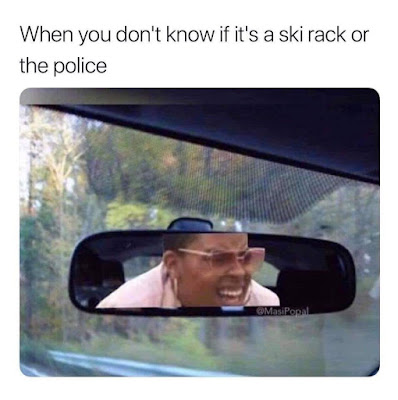 Because they have two left feet!

Why did the dog cross the road twice?

He was trying to fetch a boomerang!

There were two cows in a field. The first cow said moo" and the second cow said "baaaa."

The first cow asked the second cow, "Why did you say baaaa?"

A duck, a skunk and a deer went out for dinner at a restaurant one night. When it came time to pay, the skunk didn’t have a scent, the deer didn’t have a buck so they put the meal on the duck’s bill.

Posted by Eros Ashima at 3:58 AM No comments:

Posted by Eros Ashima at 3:55 AM No comments:

Double Trouble: The Case of a Cold Trail and a Hot Musket

An Autobiography of Buffalo Bill

The Importance of Being Earnest

Create Magic In Your Garden With Compost

GenTech: An American Story of Technology

Posted by Eros Ashima at 3:54 AM No comments:

Q. How does a girl vampire flirt?

A. She bats her eyes.

Q. Which building does Dracula visit in New York?

A. The Vampire State Building.

Q. Why do vampires scare people?

A. They are bored to death!

Q. How can you tell a vampire likes baseball?

A. Every night he turns into a bat.

Q. What’s it like to be kissed by a vampire?

Q. How can you tell when a vampire has been in a bakery?

A. All the jelly has been sucked out of the jelly doughnuts.

Q. What’s it called when a vampire has trouble with his house?

A. A grave problem.

A. They all come out at night.

Q. What type of dog does every vampire have?

Posted by Eros Ashima at 4:46 AM No comments:

Posted by Eros Ashima at 4:38 AM No comments:

.
.
.
A Testament to Murder: A 1920s murder mystery to keep you guessing until the final page (Murder Will Follow Book 1)

Girl, Taken - A True Story of Abduction, Captivity, and Survival

Posted by Eros Ashima at 4:37 AM No comments:

River of Blood: Book 4 of the Shiloh Series

Rewiring Tinnitus: How I Finally Found Relief From the Ringing in My Ears

Posted by Eros Ashima at 2:16 PM No comments:

Joke of the day

When my son graduated from high school, he had to give a speech.

He began by reading from his prepared text.

'I want to talk about my mother and the wonderful influence she has had on my life,' he told the audience. 'She is a shining example of parenthood, and I love her more than words could ever do justice.'

At this point he seemed to struggle for words.

After a pause, he looked up with a sly grin and said,

'Sorry, but it's really hard to read my mother's handwriting.'

Posted by Eros Ashima at 4:20 AM No comments:

THE MURDER IN MEXICO MYSTERIES Books 20 Through 24

Remembering America: Looking Back at the Last Innocent Age

Guitar: How to Memorize the Fretboard: Quickly and Easily Learn the Notes on the Guitar Neck

Posted by Eros Ashima at 4:13 AM No comments: