) - Rules for Bank Robbers
According to the FBI, most modern-day bank robberies are "unsophisticated and unprofessional crimes," committed by young male repeat offenders who apparently don't know the first thing about their business.
This information was included in an interesting, amusing article titles "How Not to Rob a Bank," by Tim Clark, which appeared in the 1987 edition of The Old Farmers Almanac.
Clark reported that in spite of the widespread use of surveillance cameras, 76 percent of bank robbers use no disguise, 86 percent never study the bank before robbing it, and 95 percent make no long-range plans for concealing the loot. Thus, he offered this advice to would-be bank robbers, along with examples of what can happen if the rules aren't followed:
1. Pick the right bank. Clark advises that you don't follow the lead of the fellow in Anaheim, Cal., who tried to hold up a bank that was no longer in business and had no money. On the other hand, you don't want to be too familiar with the bank. A California robber ran into his mother while making his getaway. She turned him in.
2. Approach the right teller. Granted, Clark says, this is harder to plan. One teller in Springfield, Mass., followed the holdup man out of the bank and down the street until she saw him go into a restaurant. She hailed a passing police car, and the police picked him up. Another teller was given a holdup note by a robber, and her father, who was next in line, wrestled the man to the ground and sat on him until authorities arrived.
3. Don't sign your demand note. Demand notes have been written on the back of a subpoena issued in the name of a bank robber in Pittsburgh, on an envelope bearing the name and address of another in Detroit, and in East Hartford, Conn., on the back of a withdrawal slip giving the robber's signature and account number.
4. Beware of dangerous vegetables. A man in White Plains, N.Y., tried to hold up a bank with a zucchini. The police captured him at his house, where he showed them his "weapon."
5. Avoid being fussy. A robber in Panorama City, Cal., gave a teller a note saying, "I have a gun. Give me all your twenties in this envelope." The teller said, "All I've got is two twenties." The robber took them and left.
6. Don't advertise. A holdup man thought that if he smeared mercury ointment on his face, it would make him invisible to the cameras. Actually, it accentuated his features, giving authorities a much clearer picture. Bank robbers in Minnesota and California tried to create a diversion by throwing stolen money out of the windows of their cars. They succeeded only in drawing attention to themselves.
7. Take right turns only. Avoid the sad fate of the thieves in Florida who took a wrong turn and ended up on the Homestead Air Force Base. They drove up to a military police guardhouse and, thinking it was a tollbooth, offered the security men money.
8. Provide your own transportation. It is not clever to borrow the teller's car, which she carefully described to police. This resulted in the most quickly solved bank robbery in the history of Pittsfield, Mass.
9. Don't be too sensitive. In these days of exploding dye packs, stuffing the cash into your pants can lead to embarrassing stains, Clark points out, not to mention severe burns in sensitive places--as bandits in San Diego and Boston painfully discovered.
10. Consider another line of work. One nervous Newport, R.I., robber, while trying to stuff his ill-gotten gains into his shirt pocket, shot himself in the head and died instantly. Then there was the case of the hopeful criminal in Swansea, Mass., who, when the teller told him she had no money, fainted. He was still unconscious when the police arrived.
In view of such ineptitude, it is not surprising that in 1978 and 1979, for example, federal and state officers made arrests in 69 percent of the bank holdups reported.
.
.
.
Posted by Eros Ashima at 7:12 AM No comments:

ARTISTS IN WAR
.
.
When Washington crossed the Delaware
At night, on December 25, 1776
Both shores were illuminated with large fires
A hellish scene in a hellish war
As all wars are hellish
At three, the afternoon before the crossing began,
Washington's rear guard left Princeton
Leaving the excellent Princeton library unguarded
At four in the afternoon Cornwallis's infantry
Spoiled and plundered the magnificent library
As all wars spoil and plunder
It took Washington five days to get the guns, supplies and wagons
Across the river. Day and night they crossed
By the light of the sun or the large fires on the shores
Washington tried to guard all the major crossing points
Along the twenty five miles of the Pennsylvania side
Of the Delaware.
But to defend everything is to defend nothing
However, Washington had other strengths
He could hide his boats and troops
Some boats, carrying large weapons, were painted black
And flew a Pennsylvania Navy flag sewn by Betsy Ross
As all wars must have flags and weapons
Artists painted these scenes, writers documented the struggle
One writer, Thomas Paine, wrote words that inspired rebellion
Scribbling by firelight, despite the panic and crisis
His words were like a drumbeat, a heart beat, a call to arms
As all wars must have those who take up arms
Paine stirred the hearts and minds of those that read his pamphlets
In December 1776 writers, artists, a seamstress
Illustrated, inspired and defined the war
And perhaps helped determine the outcome.
They changed the course of history for all time.
.
.
. 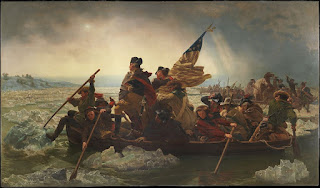 Card of the Day

Card of the day

You are moving towards your goal

Perhaps a journey or news from afar

Everything is very direct 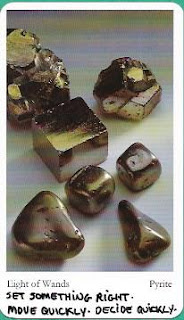 HAS EVERYBODY SEEN MY GAL?

Where did you go Nanna?

In Nanna, Out Nanna

It's all about Nanna

My Queen and a God

She calls her squad

A wink and a nod

Why did you go Nanna?

Up Nanna Down Nanna

She won't back down, Nanna

It's all about Knowing

Her reasons are mysterious

She can bring wisdom

She can bring war

She likes to dress up

Cause she likes to score

Queen of the Night

Queen of the Day

She'll drag you out of hell

Cause she don't play

Look towards the moon

The Goddess is coming

She keeps her Powers

Written in the stars

Written in the sky

She's up in heaven

Where is she now?

We never can tell

Where did you go Nanna?

In Nanna, Out Nanna

It's all about Nanna

When the Fool meets the Magician

After braving the fall

Off the steep precipice

They party with Hermes

And summon up forces

Get up to no good

But along comes Demeter

She reigns in their mischief

And tidies the scene

Now, when Demeter gets angry

So the Fool and Magician

Clean up their act

Than to try and sass back 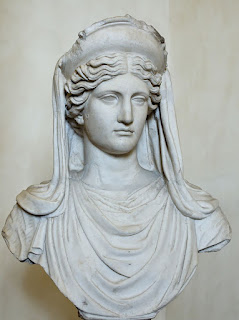 Joke of the day

Posted by Eros Ashima at 4:26 AM No comments:

SURRENDER - I DON'T THINK SO

Surrendering gracefully has a nice ring

But kicking and screaming is kinda my thing

I do not go gently, day or night

I drop down Zen only after I fight 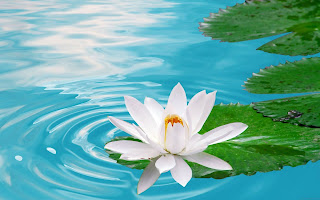